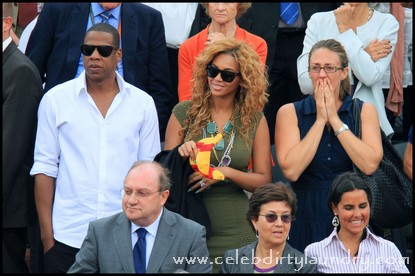 It is being reported that Jay Z, 41, and Beyonce Knowles, 29, his wife of almost three years are separating.  This story is being broken exclusively by MediaTakeOut.com.   Actually they are claiming the couple are taking a trial separating.  The site has a reputation of printing rumors that are not always true and this rumor is a whopper!

According to our snitch the couple has been at odds for the last year. The insider explains,”The biggest thing [they argue about] is about kids, [Jay Z] wants them and Beyonce doesn’t. It’s all about her career, and she doesn’t want to slow down.”

Jigga is so adamant about having kids, that MediaTakeOut.com learned he just ENTERED A LEASE to a Los Angeles mansion – without his wife!!! The insider claims, “For now [Jay Z’s] going to be staying in LA. Beyonce will be in NY. . . The hope is that with the time apart, the couple will decide to either have kids, or go their separate ways.”