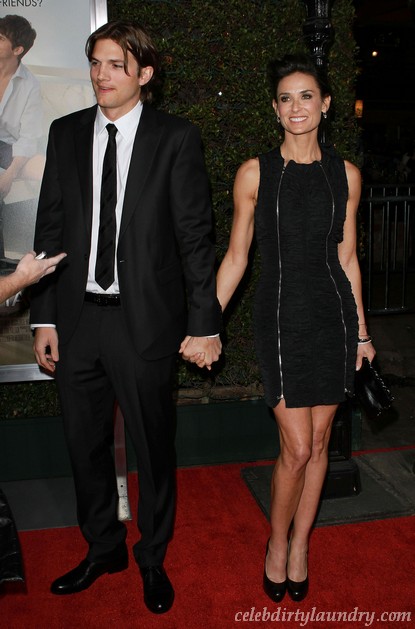 Despite claims that Ashton Kutcher cheated on wife Demi Moore, we’re hearing reports that they are set to adopt a baby together!

A couple of months ago, the Hollywood couple were rocked by scandal as Brittany Jones claimed that she had sex with Ashton on his couch while Demi was away filming a movie. Now, the happy couple is showing their reaffirmed love by reportedly adopting a baby.

An inside source said, “Demi and Ashton have been like newlyweds these past few months. In the past they’ve made no secret of their desire to have kids…and now they feel the time is right. It’s incredible how their relationship has turned around.”

A friend of the couple said, “The scandal brought them closer. It made them realize that maybe they had been taking each other for granted.”

Another source said, “Demi’s greatest sadness is that she didn’t marry Ashton years earlier. She’s desperate to have a baby with him, but realizes she is probably too old to get pregnant.”

The two are said to be considering adoption or surrogacy. Another source added, “Demi is keen on the idea of adoption and so is Ashton, but he is also interested in surrogacy.”

Do you think adoption or surrogacy will fix whatever is wrong in their marriage, if anything?