Ashton is no Moore…But The Show Must Go On 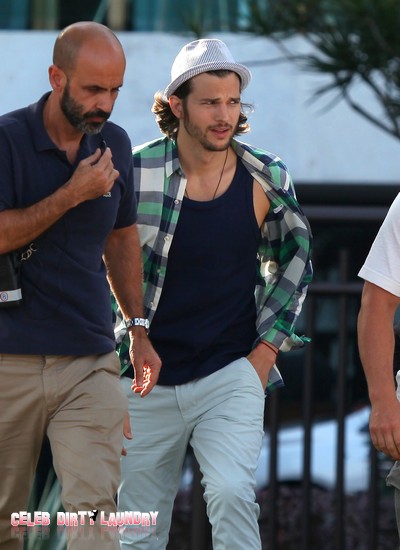 His marriage might be over, but his day job certainly isn’t.  Just shortly after Demi Moore announced that she was ending her marriage with Ashton Kutcher, Ashton was seen on set of Two and a Half Men – looking somber as expected.

I’m not sure why it would be a surprise to him, considering that everyone in Hollywood who cheats gets caught.  It’s a given.  You want to know my opinion?  I’m just throwing this out there, but I think that the two perhaps quite possibly had an open marriage, with the stipulation of never getting caught.  I think Demi knew about Ashton’s infidelities, but the embarrassment over him getting ‘outted’ was too much to handle.  So apparently even open marriages don’t work either.

Ashton, 33, was looking casual while crossing over to his trailer in between filming scenes. One must wonder how hard it is to get right back to work whilst going through personal drama.  Such is life as an actor I suppose.