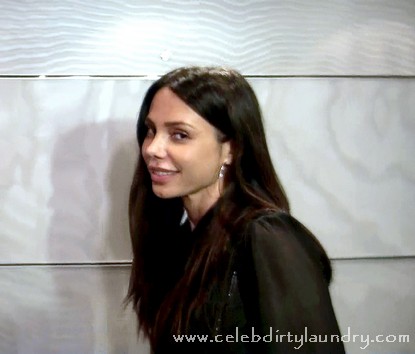 A forensic audio expert says the infamous Mel Gibson audio recordings are authentic and were not tampered with, and his declaration has been submitted as evidence in the court battle between Mel and Oksana Grigorieva.

Kent Gibson, a certified forensic audio expert who has previously worked for the FBI and L.A. County Sheriff department, wrote: “In my professional opinion as a forensic audio examiner, I conclude that the recordings have not been modified and can be considered authentic.”   Kent was hired by Oksana and his declaration was filed in Los Angeles Superior Court on December 9.

He declared he was able to substantiate it was Gibson, 55, blowing up Grigorieva’s phone by comparing the voice to a known sample of the star, from an interview with British talk-show host Michael Parkinson.

Kent testified he visited Grigorieva’s Sherman Oaks, California, home on November 30 and digitally copied the 18 recordings from her computer where she had stored them.

“The nine iPhone recordings are consistent with Ms. Grigorieva’s claim that they were recorded using the ‘Voice Memos’ app on the iPhone where her voice is recorded through the air and Mr. Gibson’s voice was heard through the air over a speakerphone,” Kent wrote.  “This explains why Ms. Grigorieva’s voice is full frequency and Mr. Gibson’ voice sounds raspy, narrow frequency and somewhat distorted.”   He also wrote: “The nine recordings appear to be recorded through the air listening to the playback from the speaker on an answering machine.”

Kent Gibson was hired by Grigorieva to substantiate the recordings, which are key evidence against Mel, who is facing a criminal domestic violence charge.  At one point on the recordings after Oksana accuses Mel of hitting her, he replies that she “f**king deserved it.”

Kent Gibson’s declaration is a huge boost to Grigorieva’s case as it counters any suggestion that the secretly recorded tapes were tampered with and edited.  If the tapes were tampered with they would not be admissible in court.  The expert’s finding will bolster prosecutors if they attempt to charge and convict Mel for allegedly punching Grigorieva in the head on January 6, last year, at his multi-million dollar Malibu mansion.

A charge of domestic violence/corporal injury involving a former cohabitant is looming for the 55-year-old Oscar-winning actor/director, law enforcement sources have suggested.  If convicted of a felony, Gibson could face up to four years in state prison; if convicted of a misdemeanor, which is more likely, he could face up to one year in county jail.