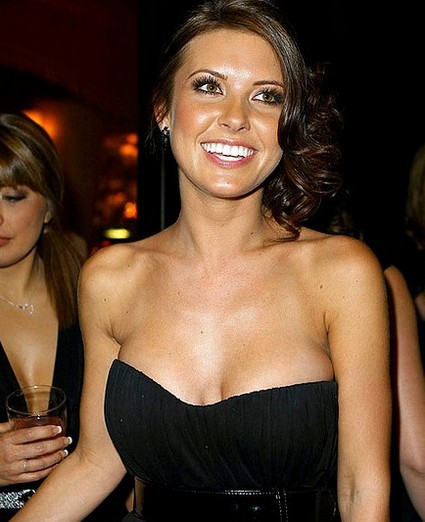 Audrina Partridge is dealing with questions and rumors about breast surgery in a unique manner. The starlet is claiming that she has a bone deformity that makes it look as though she has had cosmetic breast surgery.

The former star of “The Hills” was asked about the possibility of her having had breast implants during an interview with The Daily and she deflected the question with a revelation of her own – claiming a medical condition from which she is supposedly suffering.
Audrina made it clear that she is uncomfortable discussing the breast enhancement issue. She said: “Well, see I have this chest problem. My bone right here, it’s higher on this side? It’s pectoralis something, so I’ve always struggled with that.” She added, “You could see they look different sizes all the time.”

Audrina blamed her former co-star Heidi Montag for her always being grilled about plastic surgery. “They always ask me about that because of Heidi and there’s all these rumors and they all say I’ve had, like, six procedures, and I’m, like, ‘Where do you get that?’ Look at the pictures. I fluctuate in weight a lot,” she said. “And as far as my face, I’d never had anything done.”

Only her doctors know for sure… .