BY Sarah Silverthorne on November 21, 2011 | Comments: one comment
Related : Ali Fedotowsky, The Bachelorette 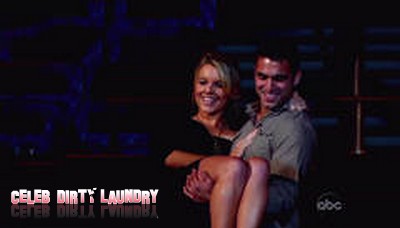 Well I actually thought that these two had a chance.  I was wrong.  Bachelorette alum Ali Fedotowsky was on the 2010 season 6 “Bachlorette” and ended up falling for Roberto Martinez who she gave her last rose to.

The couple by all appearances seemed to be going strong, with pictures surfacing of the two looking happy in love and closer than ever.  Things started going down hill for them in the public’s eye when as early as October, Ali addressed rumors that the relationship was on the rocks, telling People magazine:

“We didn’t meet in the most traditional way. We had a very short courtship and we only knew each other nine weeks before we got engaged.”

Clearly trouble in paradise.  Ali was quick to say that they still planned on getting married, but were in no rush.  Sure.  Ali’s rep just confirmed the breakup, leaving this statement with E! News:

“As they go through this difficult time, we ask that you respect the couple’s privacy.”