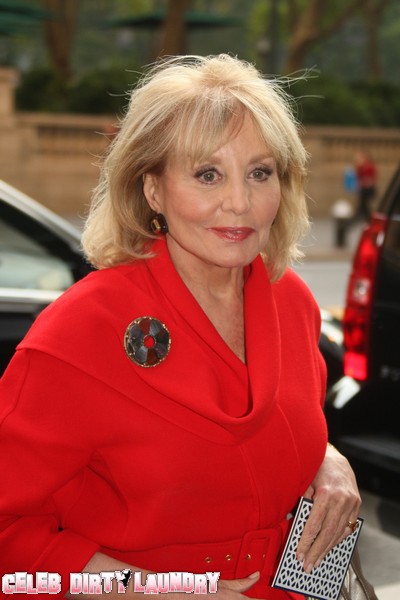 Barbara Walters is desperate to score an interview with murder mom Casey Anthony.  Barbara had dinner with Casey’s attorney Jose Baez Saturday night in an effort to convince Jose that she was the right interviewer to score the first big interview with Casey.    It all went down at Orso in Manhattan where they were celebrating Jose’s birthday.

TMZ has the scoop: “Casey isn’t ready to tell her tale just yet. Clearly BW wants dibs. When everyone says their goodbyes, and Jose goes to hug Barbara … she shoos him away, saying, “No, no, no. Don’t do it.”

Although they tried to get the details on what the cost of the interview would be no one was telling.  I’m surprised that Barbara would be trying to get an interview with Casey.  I thought she was basically poison since people threatened to boycott anyone that interviewed her.