Baz Luhrmann Injured On Set of The Great Gatsby

BY Melanie Usher on December 24, 2011 | Comments: one comment
Related : Movies 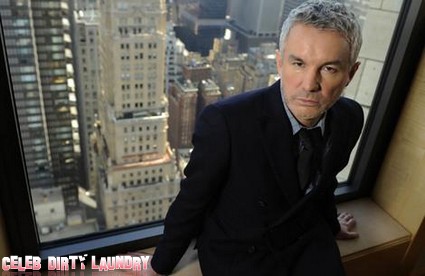 Being a movie director can be a dangerous business – just ask Baz Luhrmann. He’s had a close encounter with a camera crane on the set of The Great Gatsby and ended up needing stitches. The accident shutting down production in Australia a day earlier than scheduled ahead of the Christmas break.

Co Producer Anton Monsted explains how it happened ‘We were on quite a cramped set and he was ducking under the crane. He struck his head on the weights on the end of the camera crane. He split open his head and we had to get the doctor‘. Baz needed three stitches in his head.

Production will resume in Sydney in the New Year. The scene they were shooting when disaster struck will need to be redone and a couple of outdoor set ups which were affected by bad weather also need to be completed. It’s estimated another week of filming will be needed.

The Great Gatsby is one of next year’s most anticipated films. The second big screen adaptation of F. Scott Fitzgerald’s popular book is due for release on Christmas Day 2012. It boasts plenty of big names including Leonardo DiCaprio, Tobey Maguire, Carey Mulligan and Isla Fisher.

It’s an important film for Luhrmann after the epic Australia with Nicole Kidman and Hugh Jackman bombed at the box office. He first popped up on the international radar in 1996 with William Shakespeare’s Romeo + Juliet. He also directed the all singing, all dancing Moulin Rouge starring Nicole Kidman and Ewan McGregor.