Ben Flajnik Is The Next ‘Bachelor’? 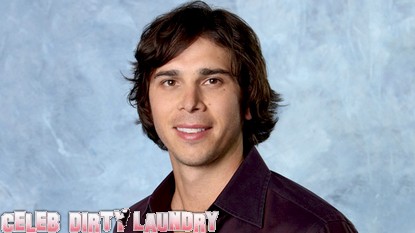 The Bachelorette star Ashley Hebert spent the last season of her show breaking Ben Flajnik’s heart, so we’re hearing that ABC is making him the next Bachelor!

Perhaps with a whole new set of 25 ladies to choose from, Ben can find true love! If that’s even possible on a reality television show….He does have appeal, though, even Jennifer Love Hewitt was trying to hook up with him.

Then yesterday, Ben was with a camera crew filming on Kearny St. near Coit Tower in San Francisco, and also on Divisadero St, a very popular street loaded with bars and restaurants. All indications are those were being done for his video package as the “Bachelor”, since it had nothing to do with Evolve Wines, nor was he making some sort of “Cream Dream” sequel. It was Ben by himself, talking to the camera, goofing around, also filming some ITM’s. So yeah, Ben is the next “Bachelor” and filming begins at the mansion next month.

Are you excited to see Ben choosing from a long list of ladies? Are you surprised at the news that Ben is the next Bachelor? Sound off in the comments!