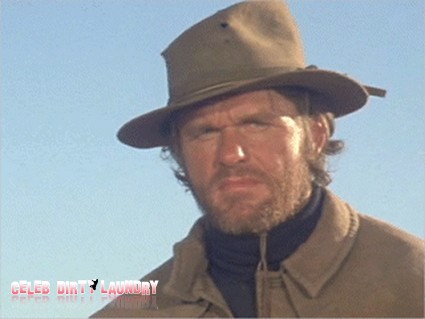 Bill McKinney has passed away – born September 12, 1931, Bill died yesterday, December 1, from a smoking related disease. Bill was a classic American character actor whose most famous role was as the sadistic mountain man in the movie Deliverance. Bill also recognized for his performances in seven Clint Eastwood films, most notably as Union cavalry commander Captain “Redlegs” Terrill in The Outlaw Josey Wales.

Deliverance is a 1972 film produced and directed by John Boorman. Principal cast members include Jon Voight, Burt Reynolds, Ronny Cox and Ned Beatty in his film debut. The film is based on a 1970 novel of the same name by American author James Dickey. It was Bill who delivered the famous line from ‘Deliverance,’ ‘Squel like a pig’ as he was raping the character played by Ned Beatty.

Bill’s Facebook page contains the statement: “Today our dear Bill McKinney passed away at Valley Presbyterian Hospice.  An avid smoker for 25 years of his younger life, he died of cancer of the esophagus. He was 80 and still strong enough to have filmed a Doritos commercial 2 weeks prior to his passing, and he continued to work on his biography with his writing partner.”