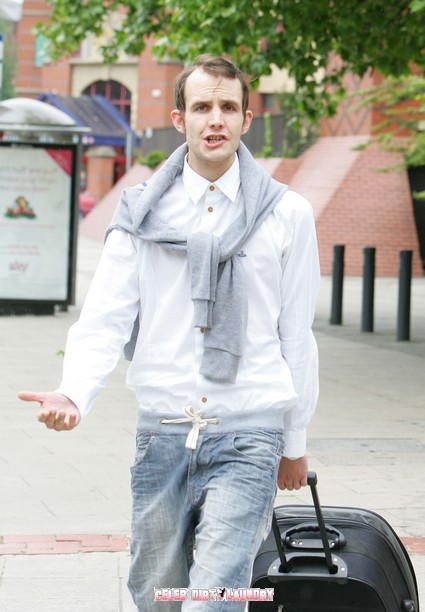 Many consider Blake Fielder-Civil a scumbag who took advantage of Amy Winehouse and led her to the heavy drug addiction that ultimately caused her death.  Well now that Blake is not only planning a tell-all book about his marriage to Amy but is also preparing to contest her will our opinion of him is unlikely to improve.

Blake, 29, who’s serving a 32-month sentence for robbery and possessing an imitation firearm, married Amy in 2007 but they divorced two years later.

The money hungry junkie is going to go for Amy’s money: ‘He’ll claim that her family and record executives forced Amy to freeze him out of her $15 million fortune against her wishes,’ says his pal.  ‘He’s not going to let this go because he says that in her last phone calls to him in jail Amy professed her love and hoped for a reunion.’  ‘He also claims that he’s in possession of letters that prove the pair weren’t estranged.’

‘Although Blake’s devastated by Amy’s death, that hasn’t stopped him from seeing an opportunity to cash in.  He believes Amy wouldn’t have wanted to leave him destitute, so in a perverse way he sees it as his duty to see make sure her real wishes are fulfilled.’

On the other hand, we would prefer see Amy’s dad Mitch’s wishes fulfilled – which would mean no more Blake… ever.