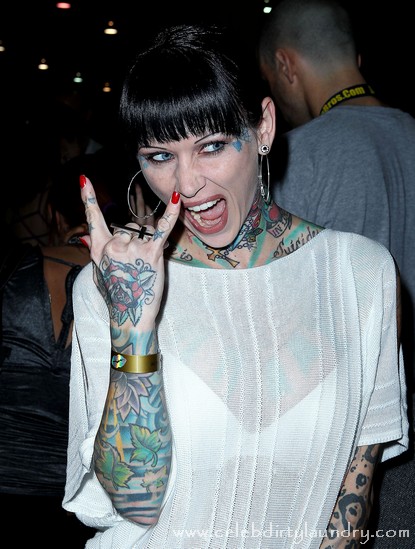 Michelle “Bombshell” McGee speaking out for the first time described the mountain of cocaine in Charlie Sheen’s Las Vegas hotel room during one wild party before he began rehab said it “put Everest to shame.”

“There was a plethora of cocaine everywhere… it was a mountain of cocaine,” Jesse James’ former mistress said.

Bombshell continued “I think it’s going to go too far, and he’s going to end up killing himself.  It’s like a train wreck, you want to watch but you don’t want to watch.”

While Sheen showered others with money and gifts, Bombshell insisted she didn’t receive any recompense but described the 45-year-old Charlie as a gracious host.

“Chuck says ‘come on in girls, have yourself a drink, make yourself comfortable anything you help yourself to it’,” she recalled.

“I wanted to say ‘hey Charlie where’s my money. I wasn’t paid to hangout’!”

Charlie Sheen is reminding me very much of the title character in the great poem by E. E. Cummings – “A Man Who Had Fallen Amongst Theives.”