Bon Jovi’s Richie Sambora On The Way To Rehab 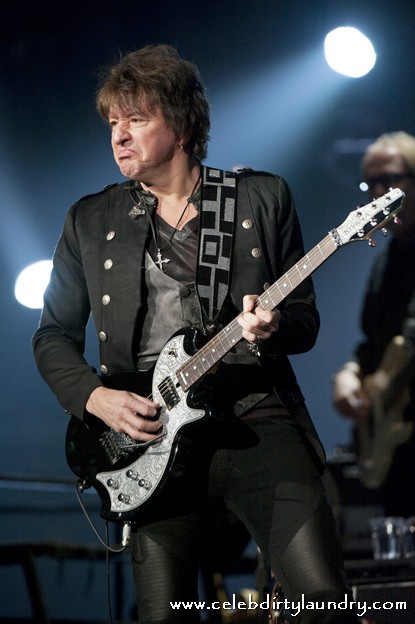 Bon Jovi rock guitarist Richie Sambora, 51, who is just coming off a very successful tour with the group is checking himself into rehab.  This is not the first stint in rehab for Richie in June 2007 he entered rehab for a drinking problem after he split with Heather Locklear and his father died of lung cancer.  Richie was also arrested in 2008 for a DUI after driving intoxicated with his girlfriend and his daughter.  He pled no contest and was fined $350 and three years probation.

Radaronline has the scoop,

”Richie recently has been drinking too much, and wants to get his life together, the band has been very supportive of the rehab decision.

“Richie has had a busy year,” a close friend of the musician told Radar. “I think this was a culmination of all the things that overloaded his life and finally he realized he needed to take care of himself.”

Bon Jovi  is scheduled to play in the US this month and in Europe in June and it is not known how this will affect the group.  Richie has also said his band-mates have been very supportive of addiction problems.