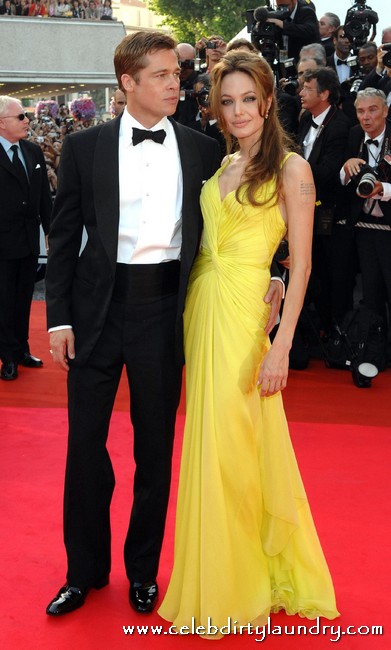 Could it be true? Have Angelina Jolie and partner Brad Pitt finally have decided to tie the knot???

Since stealing Brad away from Jennifer Aniston, the twosome have said that they wouldn’t be getting married until it was legal for everyone to do so. Now, we’re hearing reports that they want to take their relationship to the next level.

Of course, it’s the National Enquirer, so forgive me if we’re not believing that Angelina is out shopping for her wedding dress. A source said, “Brad and Angie never take the traditional route, and that also goes for their approach to marriage. Brad has been begging Angie to marry him for nearly two years. She finally agreed but said she didn’t want an engagement ring.”

I’m not buying this story until we see photos of the wedding itself. And even if the pictures get printed in that tabloid rag, we still won’t believe it. Wanna know why? Primarily because they’ll run a story next week saying that Brangelina are breaking up! Or fighting over another adoption. Or breaking up because they were fighting over another adoption. You just can’t believe a word of it!