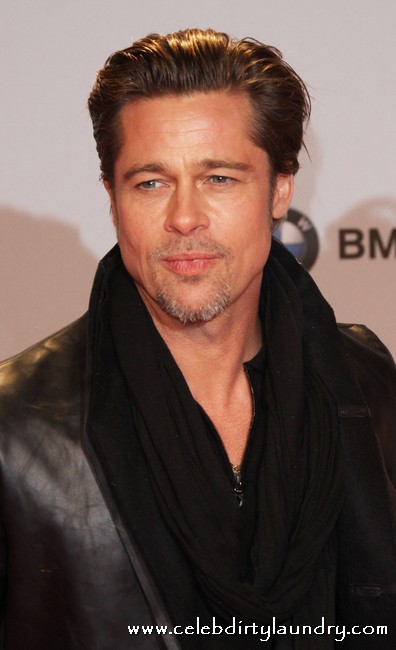 Brad Pitt, the Hollywood dreamboat actor, has been getting cooking lessons from Dream School creator Jamie Oliver who has been making regular visits to the Jolie-Pitt kitchen in LA. Brad has decided it’s time he knew how to prepare a feast for Angelina and their six kids rather than relying on McDonald’s.

And chef Jamie, who has been pals with Brad since he was married to Jennifer Aniston was more than happy to help.  A source said: “He’s been in LA working on a TV show and Brad begged him to teach him how to cook.” “Neither he nor Angie have a clue in the kitchen.  The only thing they can manage is pouring milk on Cheerios cereal.  They don’t even know how to operate the oven.  They’ve always just relied on their staff to cook for them or they’ve gone to restaurants or got takeaways.”

The reason Brad wants to know how to take care of cooking basics is because constant restaurant visits with the kids have become a nightmare.   The source added: “It’s like a major military operation getting them plus nannies and a team of security into the cars.”  “When their chef is off work they’ve ended up at McDonald’s drive-throughs.”

The source continued: “Jamie gave Brad and Ange a telling off and made a deal to teach Brad how to cook if he promises no more feeding the kids rubbish.”  “He’s also handed Brad a pile of DVDs and books to help.  Brad’s been making things step by step and he’s really getting into it.”  “Jamie even showed him how to make healthy burgers and pizzas so the kids don’t whine.”  “Now he’s planning to cook a big meal for the family on Easter Sunday.  Jamie’s proud of Brad.”