Brad Pitt Trying To Hook Up With Jennifer Aniston? 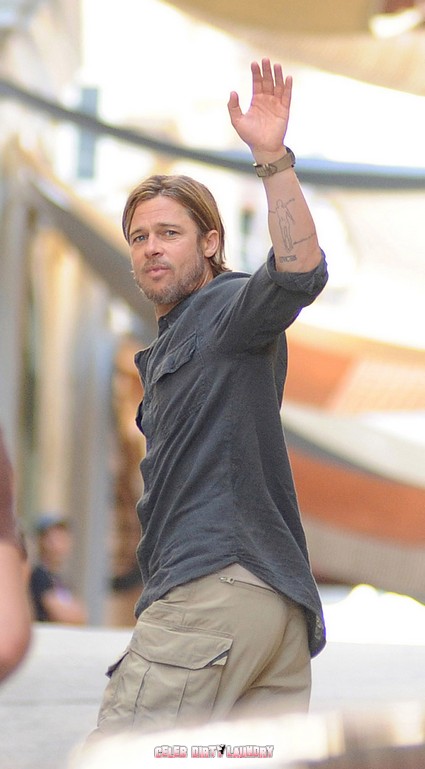 News must be slow because NOW Magazine has Brad Pitt, 47,  texting Jennifer Aniston ,42.  Someone should have told them that boat has long sailed.  According to Now “Angelina Jolie’s fury at Brad Pitt’s texts to Jennifer Aniston.  Doesn’t he ever learn? Brad’s been caught out… again”  The magazine claims that Brad is trying to hook up with Jennifer who is in London with her boyfriend Justin Theroux.

There insider says: ‘Jen wasn’t interested, Brad’s partner Angelina Jolie certainly was.  Jen told Brad she didn’t have time as she was busy promoting her new movie Horrible Bosses.  But she thought it was pretty poor form of him to ask when he knew she was in town with her new man.’

My guess the story is a complete fabrication the magazine.   They are only drudging up Brad and Jennifer rumors because Jennifer has a new boyfriend.  Let’s face it,  if it was true and Brad wanted Jennifer back she would be running too him and boyfriend Justin would be a faint memory.