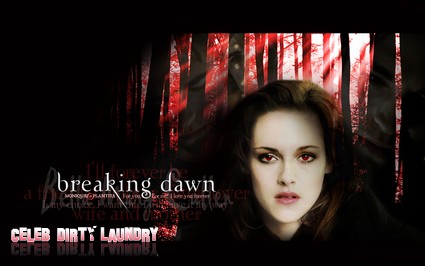 Shock me, shock me, shock me!!!  Oh how this just makes me feel warm and fuzzy!!  So it may come as a surprise to some of you that the Twilight Saga: Breaking Dawn – Part 1 claimed the Num. 1 spot at the box office for the third consecutive weekend in a row.  Yes, you better believe that it beat out the highly anticipated The Muppets.

And y’all were saying that “it wasn’t that great”, or “it’s too slow” – really, let the sales records speak the truth!  Sure, I’m bias – we know this.  But I don’t crunch the numbers.  Who wouldn’t want to spend their American Thanksgiving going to see Bella and Edward cement their (undying) love for one another?  I would, maybe a couple times – oh snap, I have.

The movie pulled in $16.9 million, and after 18 days in theaters, it’s grossed a whopping $247.3 million in North America.  Twilight-haters eat your heart out.

I’ve seen it twice, and I’ll probably go again.  What are you waiting for?