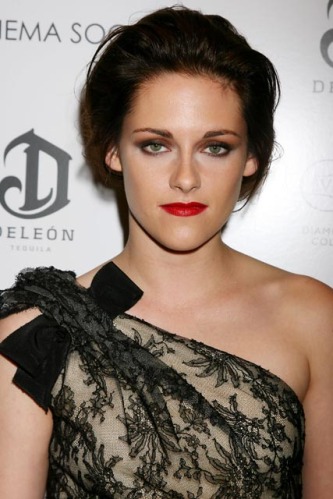 Twilight Saga actress Kristen Stewart who is currently filming Breaking Dawn the next installment of the Twilight Saga is said to be in talks to play Snow White in Universal’s Snow White and the Huntsman. Viggo Mortensen is in negotiations to play the Huntsman and the movie will be directed by Rupert Sanders.  Surpisingly, the evil queen is rumored to being played by Charlize Theron.

Kristen would be a wise choice for the movie since she is currently one of the most talked about actresses.  However, they have considered other actresses including Riley Keough, Felicity Jones and Alicia Vikander. Emily Browning.