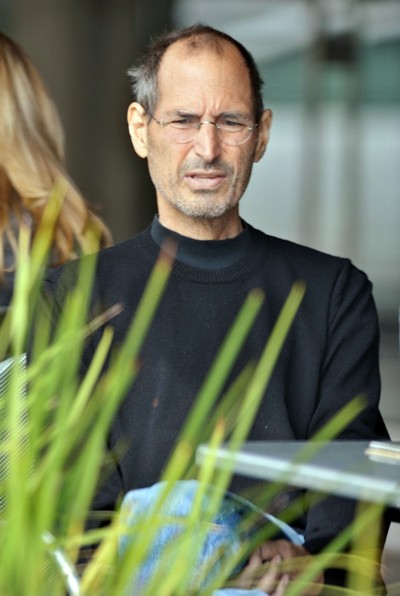 Steve Jobs has died – unable to survive his terrible cancer and subsequent liver transplant he was too weak to go on.  The computer world, and of course Apple, the industry leading company that he both founded and drove to unprecedented success, mourn his passing.

Jobs resigned as CEO of Apple Computer on August 24th of this year saying that he was no longer able to
carry on with his responsibilities and duties at the company’s helm. This followed his years battling cancer which forced his medical leave from Apple in January. At that time the writing was on the wall – Jobs was so scrawny as to appear emaciated and we all new that he could not be here long.

The hard-driving executive pioneered the concept of the personal computer and of navigating them by clicking onscreen images with a mouse. In more recent years, he introduced the iPod portable music player, the iPhone and the iPad tablet – all of which changed how we consume content in the digital age.
More than one pundit, praising Jobs’ ability to transform entire industries with his inventions, called him a modern-day Leonardo Da Vinci.

“Steve Jobs is one of the great innovators in the history of modern capitalism,” New York Times columnist Joe Nocera said in August. “His intuition has been phenomenal over the years.”

Jobs’ death, while dreaded by Apple’s legions of fans, was not unexpected. He had battled cancer for years, took a medical leave from Apple in January and stepped down as chief executive in August because he could “no longer meet (his) duties and expectations.”

Born February 24, 1955, and then adopted, Jobs grew up in Cupertino, California. As a teenager, he phoned William Hewlett, president of Hewlett-Packard, to request parts for a school project. He got them, along with an offer of a summer job at HP.

Jobs dropped out of Oregon’s Reed College after one semester, although he returned to audit a class in calligraphy, which he says influenced Apple’s graceful, minimalist aesthetic. He quit one of his first jobs, designing video games for Atari, to backpack across India and take psychedelic drugs. Those experiences, Jobs said later, shaped his creative vision.

“You can’t connect the dots looking forward; you can only connect them looking backwards. So you have to trust that the dots will somehow connect in your future,” he told Stanford University graduates during a commencement speech in 2005. “You have to trust in something: your gut, destiny, life, karma, whatever. This approach has never let me down, and it has made all the difference in my life.”

While at HP, Jobs befriended Steve Wozniak, who impressed him with his skill at assembling electronic components. The two later joined a Silicon Valley computer hobbyists club, and when he was 21, Jobs teamed with Wozniak and two other men to launch Apple Computer Inc.

Now his race is run. He leaves a huge vacuum – perhaps one that can not be filled – and great sense of loss in all of us.