Bring Back The Monarchy – Bristol Palin To Run For Office 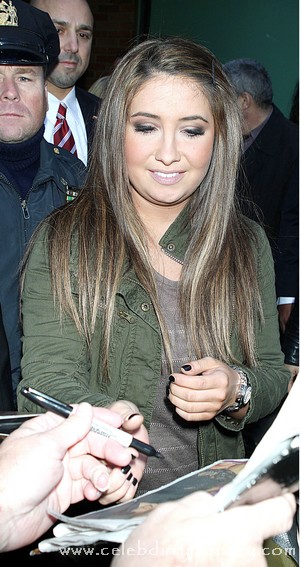 In case you are squeemish – stop reading now.

Bristol Palin has announced that she intends to follow in her mother’s footsteps and get politically involved and eventually run for office.

The single mom spokesperson for sexual abstinence and putative author of her memoirs, at the age of 20, said to E News: “If I saw something that needed to be changed, then I would step up to the plate and do something about it.”

Bristol told a source that she “may pursue politics earlier than expected – she has a new sense of confidence since she did ‘Dancing With The Stars.’  She has seen her mother’s success and believes Washington should have more regular people like her in office making decisions for the country, rather than the elite that currently run DC.”

On what planet is Bristol Palin one of the ‘regular people.’  Has the dancing princess forgetting that we all know her mother ran for VP of the USA and was Governor of Alaska?

The inside source added: “Bristol doesn’t have a strong political resume but that’s what will make her a great congresswoman or even President!”

Why doesn’t Bristol simply team up with her mom now and go for VP in 2012?