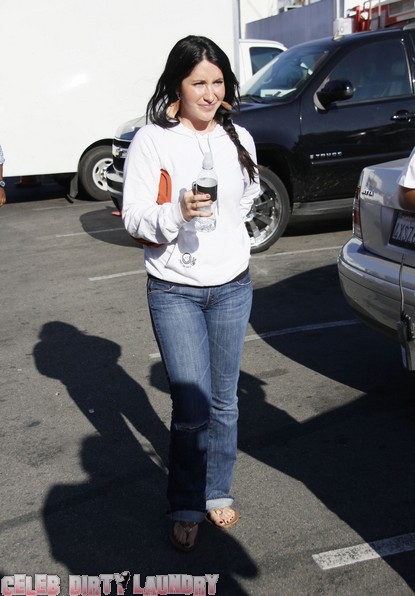 I must preface this post by saying that anyone who calls Bristol Palin “white trash from Wasilla”, definitely has my vote. Give this guy a freakin’ medal.

Bristol was riding a mechanical bull at the Saddle Ranch when she was confronted by a Sarah Palin hater. There were cameras there because she’s filming her reality show. Oh yay.

The guy yelled at Bristol, “Your mother’s a whore.” Then, he proceeded to ask, “Did you ride Levi like that?”

During his rant, he called Sarah “evil”, to which Bristol replied, “Is it because you’re a homosexual and that’s why you hate her?”

She said, “Because I can tell you are.”

Why would she just jump to that conclusion, though? As she was leaving the place, he shouted at her that she’s just “white trash from Wasilla”, permanently cementing him with hero status in my book.

The truth hurts, doesn’t it?

We’ve heard reports that Bristol’s reality show didn’t test well in focus groups and that’s why she’s manufacturing drama like this. Would she have been so politically correct if the cameras weren’t there? Does this make you want to watch her show? Sound off in the comments!