Bristol Palin Trying To Pretty Up With Cosmetic Surgery 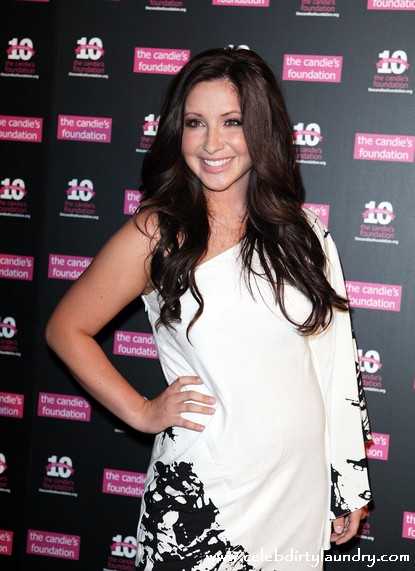 Bristol Palin pictured above at a Candie’s Foundation 2011 Event looks like she’s gotten the typical Hollywood makeover.  Her hair is now all the way down her back and there’s definitely something serious going on with her face.

Bristol Palin always had a fat round dish-pan face – but now she has obviously had something done to try to improve her rather homely visage. We are consulting plastic surgeons in order to learn what the spokesmodel for teen pregnancy AND celibacy had done.

Additionally we see that Bristol has decided that longer hair is another good way to spend her money. She looks like she might audition for the role of Rapunzel given the length of those ridiculous extensions. It’s a good thing she didn’t have this look on Dancing with the Stars or she may have been tripping over those locks as she pranced around with her partner, Mark Ballas. On the other hand, if it would have gotten her booted sooner it would have been a good thing.

Bristol went from being the extremely wayward daughter of the Governor of Alaska to a media and entertainment sensation who now has pretensions to being a legitimate Hollywood talent.  Give me a break – trash is trash.