Britney Spears’ Dad Has Turned Her Into A Cash Cow 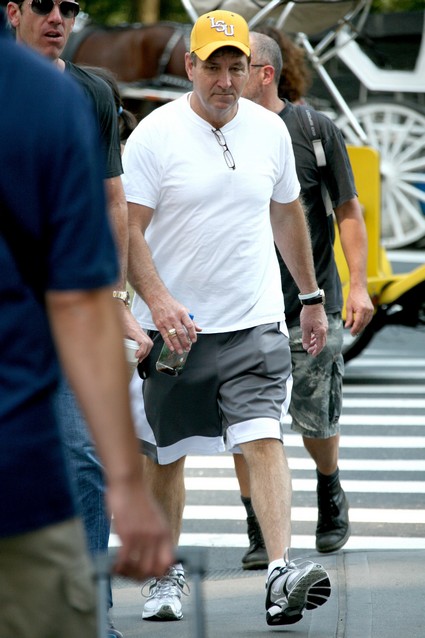 Jamie Spears is going to earn over $1 million from daughter Britney Spears’ successful world tour.  Not that Jamie Spears doesn’t deserve the money – but it truly makes Britney Spears look like her dad’s cash cow.

Britney has been under the conservatorship of her dad Jamie since her much-publicized breakdown more than three years ago. She conveniently employs papa as tour manager on her current ‘Femme Fatale’ world tour – and while the position is unpaid, Jamie is going to be well paid for his hard work.

Britney’s manager, Larry Rudolph, is set to earn 10 per cent of the gross profit from the tour, but wants to give two per cent of his cut to Jamie as a thank you gesture for the duties he has carried out since taking on the position in February.

According to documents obtained by TMZ.com, Jamie was instrumental in negotiating a deal with tour promoters Live Nation for Britney and has also been responsible in handling finances, managing the singer’s security, arranged her personal schedule and monitored her arrivals and departures, and also undertook between 200 and 400 calls and other communications a day on behalf of his daughter.

Larry’s voluntary pay offer to Jamie has to be approved by a court, but this is said to just be a formality.

Britney’s dad and manager run her like a business – she is treated like a prize animal – the that fact that she remains under conservatorship is scandalous. How can she be well enough to handle a world tour and yet not be well enough to be treated as an adult under the law?