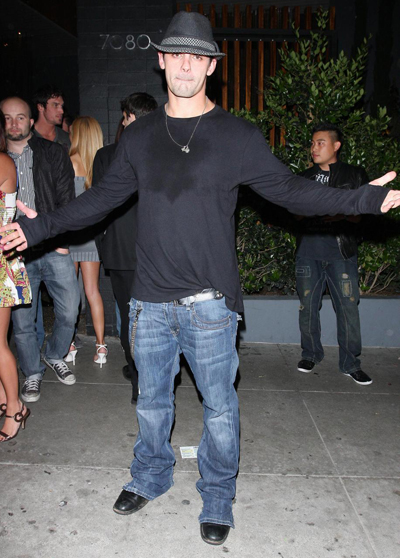 It seems that not all of Britney Spears‘ exes are happy about her engagement!

While Kevin Federline told reporters this week that he was “really happy” for his pop singer ex-wife (probably because her upcoming marriage to Jason Trawick won’t affect the child support or the alimony payments he receives from her), Britney’s other ex, Jason Alexander, whom she drunkenly married in Las Vegas in 2004 before annulling the marriage 55 hours later, is not so pleased with the news.

“I know everyone wants me to be happy about this, but I am not,” he told US Magazine. “I think it’s fake and I think people are afraid to say it.”

“If you look at all the pictures between them there is no connection,” he added. “They look like they are going through the motions.  It seems like a answer to the court thing…Sort of a nice way to sew it all up she marries her handler. That way she always has someone controlling her. It’s sort of sad.“

Although Britney’s fiancé used to work as her agent, it seems far-fetched to us that they would get married, if they weren’t in love and if Jason Trawick was simply the singer’s full-time “handler.”

Is Jason Alexander merely bitter that he wasn’t the one that ended up with Britney?