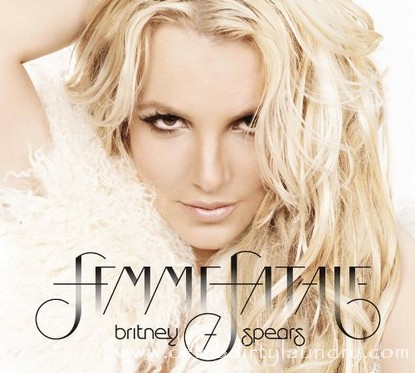 It’s Britney Bitch! The Queen of Pop Britney Spears is releasing her seventh album today: Femme Fatale. The first single, Hold it Against Me, peaked on the charts, and was followed by her second single, Till the World Ends, on March 4th.

“I’ve poured my heart and soul into this album over the last 2 years. I’ve put everything I have into it” Spears exclaims. “This album is for you, my fans, who have always supported me and have stuck by me every step of the way! I love you all! Sexy and Strong. Dangerous yet mysterious. Cool yet confident! FEMME FATALE.”

The track listing, as confirmed by Spears’ official website, is as follows:

The Deluxe version of “Femme Fatale” will include four additional tracks:

What are your thoughts on Brit’s new album?