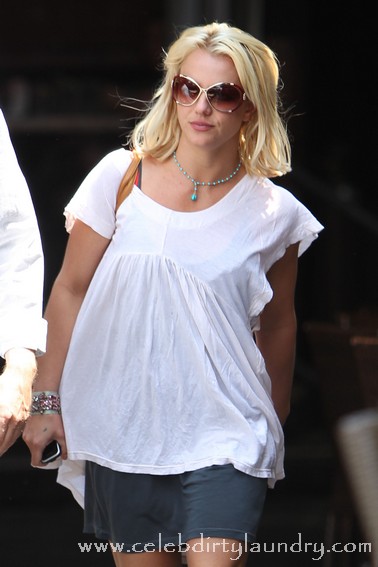 Working for Britney Spears is no walk in the park these days.  She is watched over like a prize animal by her minders and they make sure that nothing gets in the way of her making more money.  Since Britney’s meltdown landed her in conservatorship in 2008 she has appeared to be a bit of a zombie and her attempts to end the conservatorship have so far failed.  At 29 Britney has fundamentally no more say in her life than a child of 5.  This nutty relationship Britney is forced to have with her own life extends to anyone working with her.  They have to treat her like a child!

TMZ obtained a non-disclosure agreement (NDA) that dancers were required to sign before working on her latest music video.  It specifically states, “Contractor acknowledges that it is essential that [Britney] not be exposed to any alcohol, drugs, or controlled substances.”

The NDA even goes on to say that the dancers can be subjected to drug testing at any time and can be fired for failing a test or even refusing to take one.

We hope Britney has a good life and does the best she can.  But one day, and probably sooner than later, she will be free of her minders when she regains legal control over herself.  The way to prepare her for adulthood (again!) is not to keep her under lock and key – this almost guarantees that when she gets to make her own choices they will be ‘bad’ ones.