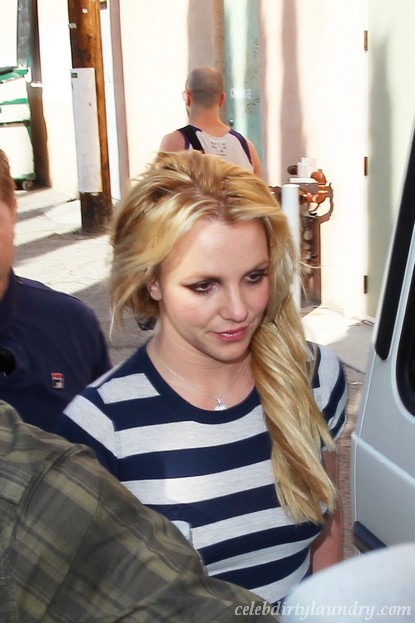 Britney Spears has become quite the hot topic lately, but mostly for her new video for Hold It Against Me and her upcoming album, Femme Fatale. Her former bodyguard, Fernando Flores wants the pop princess in the news for other stuff. Namely — nude photos!

Now, Fernando is gearing up to release the nude photographs, in an attempt to prove his sexual harassment case against the singer. He claims that Britney sent the sexy pics from her cell phone to his, to lure him into her bed.

A friend of Fernando’s who has reportedly seen the pictures said, “They are really explicit images that will shock and disgust the majority of her fans. Fernando says he can prove the photos were taken on Britney’s phone and sent to his mobile. He says she sent them last April when she was coming on to him on a daily basis. He left the following month. Some of the pictures show Britney with the camera between her legs. Others show her in provocative positions wearing lingerie.”

The pal added, “There are a few where she is naked, exposing herself in a way that she clearly hoped would make him aroused.”

Is anyone buying this? Pics or it didn’t happen.