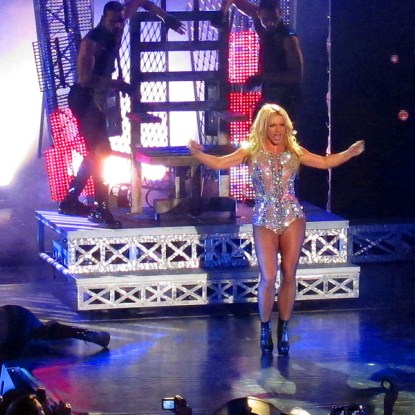 She performed her single, “Hold it Against Me,” her current hit “Till the World Ends,” as well as a montage that consisted of her past chart-toppers, “3,” “Slave 4 U,” and “Gimme’ More.”

MTV.com reports that “Fans were electrified.”

Britney was apparently ecstatic to hear that her fans were pleased with her performance. She tweeted after the show: “OMFG, it feels so good to be on stage again!”

For people who missed the hot Vegas show, fans will be able to check out Spears’s performance in an upcoming MTV special that will air next week.

To check out photos and read more about the performance, scoot on over to MTV.com: HERE