Britney Spears To Get Engaged To Jason Trawick Tonight 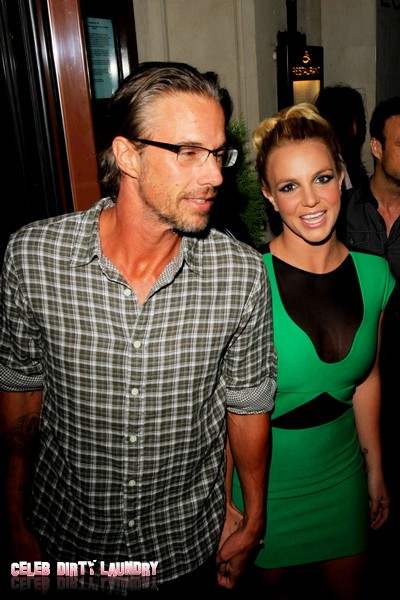 Britney Spears is to receive a proposal of marriage from Jason Trawick tonight in Las Vegas. Britney and Jason have been inseparable for a long while now and rumors have circulated that he would propose before Christmas. Since Britney is legally a child while under her protective conservatorship a judge will have to agree to allow Britney to marry. However, this is not expected to be a problem at all since Britney’s main conservator is her dad, Jamie Spears, and Jason has formally asked him for Britney’s hand in marriage – and he’s agreed.

TMZ has exclusive inside info: Multiple sources who are definitely in the know say Jason’s plans to pop the question tonight … in Las Vegas. We’re told Britney knows they’re getting engaged, so it’s not going to be a big surprise.

Sources say Britney’s conservators have given their stamp of approval. The matter will go before the judge in the conservatorship case but it’s virtually certain Brit will get the judge’s sign off. And were told … Jason did it the old fashioned way … by asking Britney’s dad, Jamie Spears, for permission to marry his daughter.

And they’re also doing it the new-fashioned way … we’ve learned there WILL be a prenup.

Of course there will be a massive and detailed prenup – when it comes to money Britney and her conservators are taking no chances. True love at last.