Brooke Mueller Back In Rehab Again! 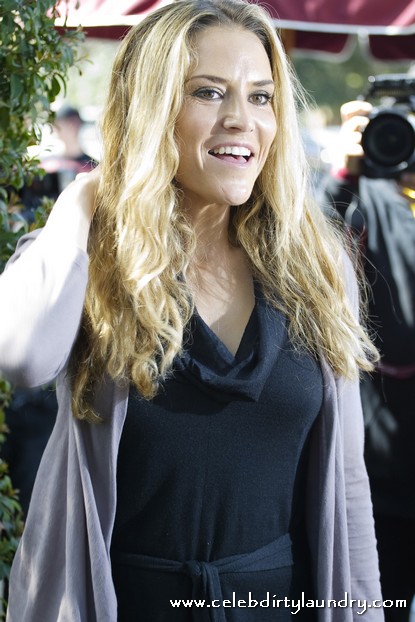 Charlie Sheen’s soon to be ex-wife Brooke Mueller, 33, was scheduled to do a drug test at 6PM last night.  However when the testing people got to Brooke’s house her lawyer was there and he told them she would not be taking the test.   It has been rumored that she using again after her strange behavior at a pawn shop last week.  Brooke is a long time substance abuser and has been in rehab at least 13 times.

TMZ is reporting that since refusing the drug test Brooke is on her way back to rehab again.

Sheen’s lawyers are going to court on Tuesday to raise the issue, and we’re told Brooke’s move is a preemptive strike.  Sources say Brooke disappeared for a time this week during her binging.

How can any judge award this women custody?  She has been in and out of rehab so many times it is crazy.  Wonder how this is going to end up since she has violated her custody agreement with Charlie so they are headed back to court.  I just can’t see any judge giving Charlie the children either.    I feel sorry for the two children with two messed up parents like this.   Maybe Charlie’s parents can step in and take the children.