Brooke Mueller Breaks Down And Heads To Rehab 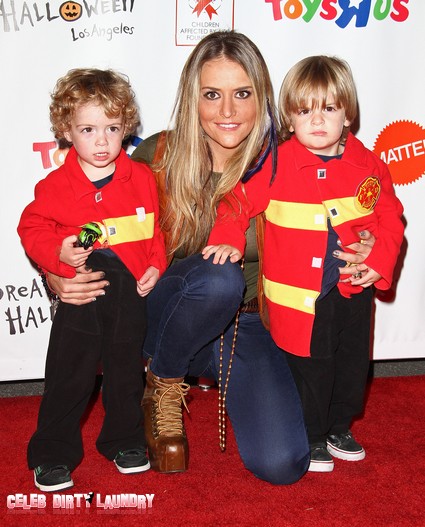 Brooke Mueller is now willing to admit that she has a deadly cocaine problem and is prepared to do in-patient rehab. Brooke has relented from her stubborn refusal to seek help and will be leaving her children in Charlie Sheen’s care during her attempt to clean up and enter adulthood – at last. After Brooke was arrested last week in Aspen with enough cocaine to open up her own crack dealership, and had to be bailed out by Charlie, it must have become apparent to her that her life was out of control.

A stint in rehab confers no guarantee of sobriety but it can serve as a useful step if Brooke is serious about getting and staying clean. Of course her addictions have been active for so many years that she will need a very long stay and an iron will (which she hasn’t shown yet) to succeed. We hate to say it but with recidivism rates for cocaine and alcohol addiction typically as high as 80%-90% Brooke’s future is bleak.  Let’s not forget how many times she has tried and failed at rehab before… .

TMZ uncovered the inside info:  Brooke Mueller is finally admitting she has major substance abuse problems … and has agreed to re-enter rehab after her cocaine arrest last week — TMZ has learned.  Sources close to Brooke tell TMZ, she was reluctant at first — but friends eventually persuaded her she needed help … and another stint in rehab was the only option.

We’re told Brooke’s team is now finalizing the arrangements at an undisclosed treatment facility … somewhere close to her L.A. home — and she’ll be packing her bags soon.  According to sources, Charlie will be taking care of the kids while Brooke is away — with some help from her parents.  But it’s not a done deal yet — while they’re hopeful Brooke will make good on her word … our sources are still fearful she’ll back out last minute.

We wish Brooke and her loved ones the best of luck. Stay sober – Just say no!