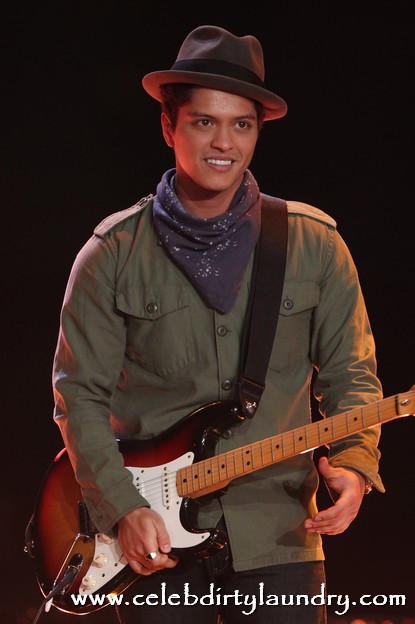 The R&B newcomer Bruno Mars will premiere his video for “The Lazy Song,” the third single off his breakthrough album, “Doo-Wops & Hooligans,” on Thursday, April 14, at 12 p.m. EST on MTV.com and VH1.com. The television debut will air at 7:56 p.m. on MTV later that night. This

The 25-year-old Grammy winner, who is following his smash singles “Just the Way You Are” and “Grenade,” will also hit the road with Janelle Monáe on their North American “Hooligans in Wondaland” tour.   The trek, which kicks off on May 4 at NYC’s Roseland Ballroom, will make stops in Atlanta, Chicago, San Francisco, and more through June.