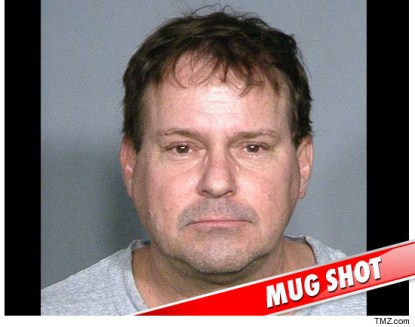 David Schubert, the Las Vegas District Attorney who convicted both Bruno Mars and Paris Hilton for cocaine possession, was recently–yep, you guessed it–busted for coke possession.

TMZ reports that cops witnessed Schubert drive to a “notorious” spot in Vegas, where they saw a man enter his car. Suspicious, authorities followed Schubert and his new friend to an apartment complex where cops saw the man get out of the BMW and then walk out several minutes later.

Once police finally stopped Schubert after “allegedly” running a stop light, they searched his car and found the drugs.   Schubert’s supplier eventually ratted him out, saying that Schubert would call at least four times a week and make purchases of nearly $40 dollars worth of cocaine.

I wonder what Ms. Hilton and Mr. Mars think about this ironic twist of fate?