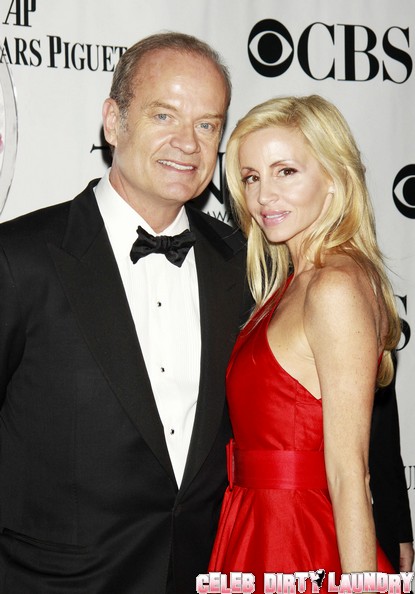 After news broke that ex-husband Kelsey Grammer had filed for sole custody of the couple’s two children, the ‘Real Housewives of Beverly Hills’ star is ready to fire back.

“She will fight like hell to keep her children with her, being raised by her, exactly where the children wish to be,” a friend of Grammer said.

Grammer’s divorce from Kelsey was finalized earlier this year after 13 years of marriage. The ‘Frasier’ star moved to New York City last year to work on Broadway and married girlfriend Kayte Walsh in February.

“He abandoned his family and got married within months of separating from Camille, all of which speaks volumes about his parenting and his respect for his current children,” the reality star’s friend continued.

Grammer has two children, Mason, 9, and Jude, 6, with Kelsey. The custody filing allows Grammer to have the children for half of their summer and winter school vacations, but states the children would primarily live with Kelsey — an idea Camille finds absurd. The children currently live in Los Angeles with their mother.

“Camille looks forward to a full and complete professional evaluation,” her friend said, “which she is more than confident will show her to be the more appropriate person to be primarily responsible for the custody of the children.”

Meanwhile, Kelsey has remained mum on the custody battle. “The filing speaks for itself,” a rep for the actor said.