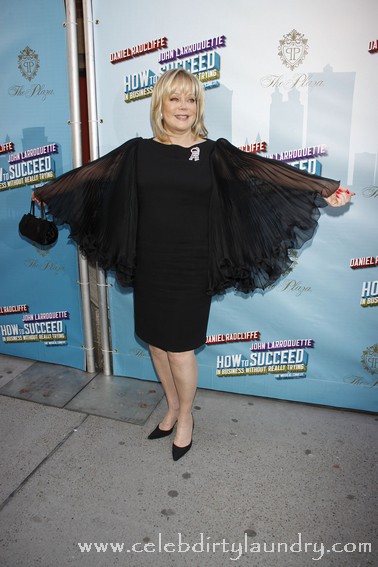 Tori Spelling’s mum Candy Spelling  is set to lift the lid on her tumultuous relationship with her TV star daughter in an explosive new memoir.

The Beverly Hills, 90210 actress and her mother have long had an extremely troubled relationship, which fell apart following the death of her TV executive father Aaron Spelling in 2006.  At that time it appeared that Candy tried to screw Tori out of her rightful share of the Spelling wealth and empire by making sure she received just $800,000 out of the $500,000,000 estate that father Aaron left behind.

The pair has since reconciled, and Spelling will reveal their ups and downs in a new book, entitled Candy Spelling: Golden Girl, Silver Lining, according to New York Post gossip column Page Six.   In the book’s proposal, Spelling reveals how Tori turned her back on her family at the time of Aaron’s death by failing to come to her dad’s bedside because she was shooting a movie.

Spelling writes, “This public fight with my daughter came at a time when I needed her the most. So, yeah, I was mad.”   Her agent adds, “Of course she’s candid about Tori and Hollywood gossip over the last five years, but this next book is really about coming into her own.”

The book follows Tori’s own account of the falling out, Uncharted TerriTori, which was released last June (10).