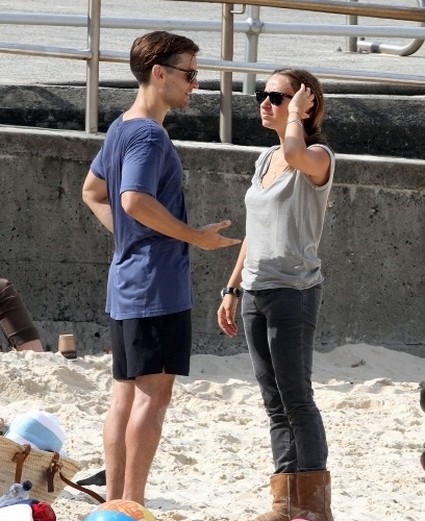 They not only act together – they jog together!  Carey Mulligan and Tobey Maguire were spotted running around Bondi Beach on Saturday in Sydney, Australia.

The two co-stars are in town – along with Leonardo Dicaprio, to film Baz Luhrmann’s much anticipated Great Gatsby adaptation.  While Leo plays the title character, Tobey and Carey play Nick Carraway and Daisy Buchanan, respectively.

They arrived last week with their partners in tow, and were spotted catching a performance Thursday night at Sydney’s famous Opera House.  From the looks of all the photos, it appears that the two are getting along just splendidly!

The film will be released in November 2012 – I’m looking forward to it!