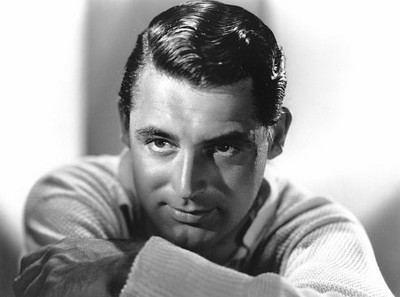 Carey Grant was at the apex of the pecking order of male movie stars for many years – but he wasn’t happy and turned to the powerful and dangerous hallucinogen LSD for relief. This frightening fact is revealed and elaborated upon in Dyan Cannon‘s new book: ‘Dear Cary.’

Dyan was married to Cary and she agreed to take LSD with her late husband in a desperate bid to save their marriage.  Dyan opens up about the end of her three-year union with the Hollywood icon and admits she has come to understand why he took psychedelic drugs when he needed to escape his problems.

“I think he thought it (LSD) was a gateway to peace inside himself. With all the wealth and fame that he embraced and that embraced him, he couldn’t find it. When our marriage started to go south he said, ‘LSD will help us’,” she says.  “That’s one of the big messages of the book. I wanted to make him happy more than anything else in life and it’s good to love someone and it’s good to try and make them happy, but if you have to go against something that’s intrinsically against your nature, that you know you shouldn’t do, in order to please someone, it’s death.”

Cannon reveals Grant first experimented with LSD after discovering his father had lied about the death of Cary’s mom when he was a child.

“He had such a traumatic childhood, it was horrible. I work with a lot of kids on the street and I’ve heard a lot of stories about what happens when a family breaks down – but his was just horrendous. And he never really dealt with those things. He tried to. That’s the reason he tried LSD – he thought it was a gateway to God,” she tells Access Hollywood Live.

“Can you imagine, at 10, coming home and hearing, ‘Your mother’s at the seashore…,’ ‘Well why didn’t she take me? Did I do something wrong?’ And then three months later: ‘Your mother’s dead… .  Your father abandons you, takes a younger wife, has a baby. ‘Daddy, can I live with you?’ Cary said. ‘There’s not room for you!’ He’s 10 years old. Imagine that.”

And 20 years later, he gets a call saying, ‘I lied …’ Cary comes to London, meets with his dad and his dad says, ‘Your mother is not dead, she’s alive.'”

Grant’s father had placed his young wife in a mental institution and told his son she had died.

So now we know that Archibald Alexander Leach, better known by his Hollywood name of Cary Grant, was a troubled and haunted man who, like so many of us, sought a chemical cure for his emotional problems. Did he find the cure he was looking for? Probably not.