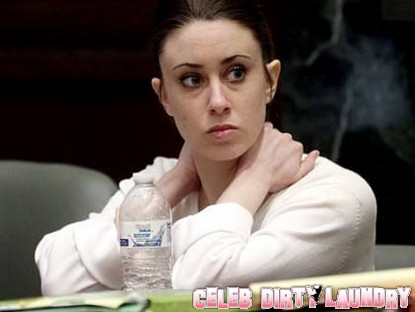 If you’re like us, you’ve heard the reports that accused murderer Casey Anthony has ventured off to Columbus, Ohio, where she has relatives. She surely is laying low…so where in the world is Casey? She was released from jail on Sunday and now the rumors are flying.

Some have reported that Casey is hiding aboard Geraldo Rivera’s yacht! If you have to wonder why that might be true, it could be because he might be after her first post-jail interview.

Geraldo’s brother, Craig, has dispeled the rumors, calling them “untrue.”

Geraldo owns a sailing yacht named The Voyager that he keep in New Jersey, and a source at Fox News said rumors were swirling in their New York office that Casey and her attorney, Jose Baez, were staying on his boat with him.

“There’s no truth to that at all,” Craig said.

Baez appeared on Fox News Sunday, urging critics to start “respecting the jury verdict and decisions that the juries make.”

“Pundits and media personalities have no right to try and alter the life of any individual because of what they think may or may not have happened.”

Aren’t you curious as to where she’s hiding? I know I am. I won’t give her any of my time to hear her side of the story, but I would like to make sure that there isn’t an “alleged” murder, guilty or not guilty, hanging out in our backyard. Wouldn’t you?