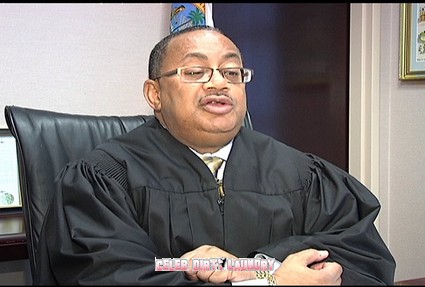 Judge Belvin Perry the judge in the Casey Anthony trial has complained about the media and says he will keep the Casey Anthony juror names a secret until the Fall.  The judge wants to give the people who are furious with the decision in the case time to calm down a bit.  He fears someone may try to seek retribution.

The judge of course knows that under Florida’s broad Public Records laws the names of the jurors must be released eventually but he wants to wait a while.  He is furious at the press and feels that the case became a media circus and because a source of revenue for media outlets.

Perry wrote in a 13 page order:  “It was reported that television ratings for the trial were extraordinary. Clearly, the broadcast of an official and serious court proceeding such as this trial where a young girl was dead and her mother faced the death penalty devolved into cheap, soap-opera-like entertainment,” Perry wrote.

Already one juror in the Casey Anthony trial has  received death threats and has been unable to work since she was cleared of murder.  The woman, known only as juror number 12,  left her job and went into hiding fearing co-workers would ‘want her head on a platter’.  Her husband said before leaving she told him: ‘I’d rather go to jail than sit on a jury like this again.’