Casey Anthony Jurors To Be Kept Secret Until October 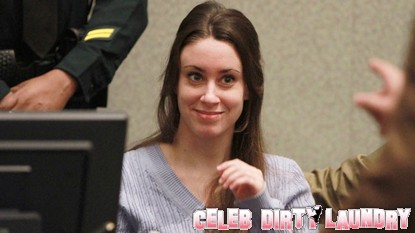 The judge in the murder trial against Casey Anthony has revealed that the names of the jurors in the case will be kept a secret while the world has time to cool down. It was the verdict heard around the world, as jaws dropped, when Casey was acquitted of murdering her two-year-old daughter, Caylee.

Everyone involved in the case, sans the judge, is receiving some kind of backlash for her acquittal. In a ruling yesterday, Judge Belvin Perry said that the names of the 14 out of 17 jurors that served on the case will be kept private until October 25, 2011.

A few of the jurors have already spoken out about the case, therefore there’s no need for privacy. With regard to cases in Orlando, Florida, the names of the jurors are released following the trial’s conclusion. Now that they face some backlash for the controversial verdict, the judge feels that it’s better safe than sorry.

The Judge said, “Many, if not all, were outraged and distressed by the verdict, and were not hesitant to show their contempt for the jurors.” He wrote that “The jurors themselves were essentially voiceless” and that “no one spoke for the jurorrs and no one provided evidence concerning the jurors’ safety or privacy concerns…no one argued the public policy consequences of releasing juror information.”

He said that he was protecting the well-being of the jurors based on the alarming circumstances surrounding this case.

Are you curious about the names of the people who acquitted Casey? What do you think of the ruling? Let us know what you think!