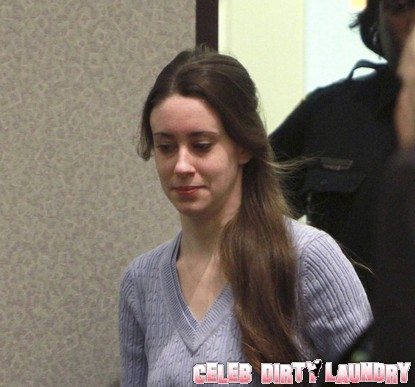 For the love of God, it’s happening already. Casey Anthony, who was just acquitted on charges of murdering her two-year-old daughter, Caylee, has already gotten a million dollar offer for a television appearance. Why glamorize the guilty?!???

How is it even possible that news stations, media personalities and book publishers don’t get that it’s wrong to let people enrich themselves off of crimes?!??

STILL. I know that we are a curious people, as a whole. But there comes a time when you don’t offer accused murderers money for their side of the story. Here’s a clue: She had her chance to tell her side of the story. The world was watching as she told the court that she wouldn’t be taking the stand in her own defense.

I don’t know how many of you have earned a million dollars in your lifetime, but to put it in perspective, she stands to earn that much for an hour of her time. AN HOUR. All because she committed a crime and got away with it. Doesn’t that irk anyone here?

It’s ludicrous to think that anyone should offer her anything for her time. She’s worthless and always will be. If we boycott shows such as these, it will send a huge message to others in positions to give her even more money that we’re not going to stand for it. Instead of having a hard time transitioning back into society, she’ll have it made. She’ll have more money in her bank account than you or I will ever earn….for an hour-long interview. How is that justice?!?