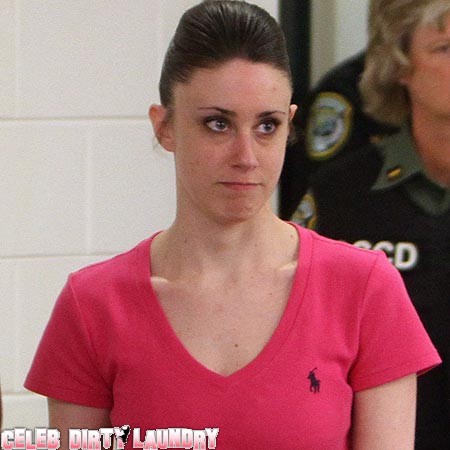 Casey Anthony is stuck in Florida for a year while she serves her probation. Convicted of check fraud, Casey had hoped that the time she spent locked up in jail prior to and during her murder trial would be counted for her probation. Of course the judge didn’t see things her way since the point of probation is that it requires that the convict show that they can function legally in society, not behind bars.

Now with that settled Casey has decided to make the most of the time she is forced to spend in Florida.

And what better way to better herself than for the murder mom to go back to school. Of course since Casey receives such an abundance of death threats she is basically a prisoner in her own home. Thus she figured that attending classes might be a bit much.

Right now Casey is guarded by a security team 24-7 and rarely leaves her home.

So Casey intends to participate in one or more of the many convenient Internet college courses available on-line. What will murder mom study? Nobody knows yet but we sure hope it isn’t early childhood education.