Casey Anthony’s Defence Claims ‘The Evidence Was Tampered With’ 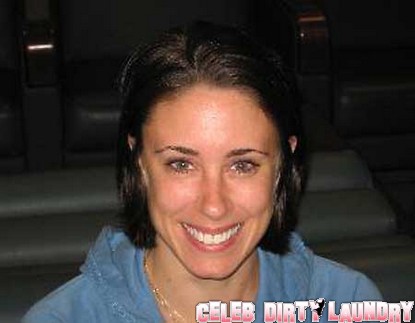 We are monitoring the Casey Anthony case in hope that little Caylee will get some justice.  Today Caylee’s mother Casey’s defense attorney argued in court that the evidence was tampered with.  Casey is on trial for the murder of her beautiful daughter, who was only two-years-old when she was found dead.

Radaronline has the scoop: “Anthony’s attorney, Jose Baez, suggested that Orange County Sheriff’s Office CSI tech Geraldo Bloise dried out garbage found in the trunk of Anthony’s car, altering its state and creating a foul odor — an odor which Prosecutors contend was caused by a decomposing body.”

Casey Anthony killed or materially assisted in the murder of her innocent baby in order to continue to party hard and take lots of meth.  She could have given the child up for adoption, given her to the doting grandparents or even left little Caylee at the bus station but NO, she wanted her out of the way permanently.   What as a society can we possibility do see that crimes like this are discouraged – the answer is obvious. hint: Florida has the death penalty