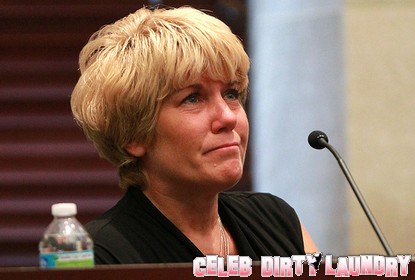 Casey Anthony is facing the death penalty if she is convicted of murdering her two-year-old daughter, Caylee. It was revealed that there were some pretty damaging search terms found on the family’s computer — and now Casey’s mother, Cindy, is taking responsibility for one of them.

Earlier today, Cindy claimed that she was the one who searched for “chloroform” on the computer at their house. In spite of that, she does not claim any responsibility for the terms “neck breaking” and “household weapons”.

Do you think she’s trying desperately to cover up for her daughter? It sounds that way to me. Perhaps if she takes responsibility for the search term, then there will be a reasonable doubt that Casey murdered her daughter?

I still have to wonder if they’re going to have Casey take the stand in her own defense. Is it wise?