Casey Anthony’s Next Victim in Hiding For Fear Of Her Life! 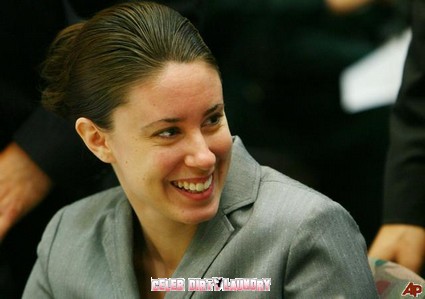 The toil of Casey Anthony‘s savage murder of her daughter Caylee Anthony is still mounting. One of the citizens who acquitted Casey Anthony of murder, a woman in her 60s known only as Juror No. 12, has quit her job and gone into hiding amid multiple death threats and fears of how her co-workers would react.

The un-named woman told her husband before quickly packing her bags and leaving, “I’d rather go to jail than sit on a jury like this again.”

The husband, who is accompanying his terrified wife her into hiding, says she resigned from Publix, the supermarket chain, by telephone rather than appear in person – for fear that she might be attacked and abused by co-workers.

Two weeks ago, in a surprise verdict, Casey Anthony who everyone (except the jury) seems to know murdered her baby daughter, was cleared of all felony charges, including first-degree murder, in the death of her 2-year-old daughter, Caylee.

Casey was sentenced to four years for misdemeanor counts of lying to law enforcement but due to time served is scheduled to be released Sunday.
In a profile of the jury, No. 12 is described as the mother of two children and one young grandchild. She worked as a cook at a Publix supermarket before quitting.

What was wrong with this Jury? Just because some crooked lying lawyer makes up some alternative murder scenarios that don’t involve Casey the Jury let’s her off? Ridiculous – Casey murdered her daughter and everybody, including her lawyer and the jury know it. Did the jury need to see the crime on film to know it occurred?