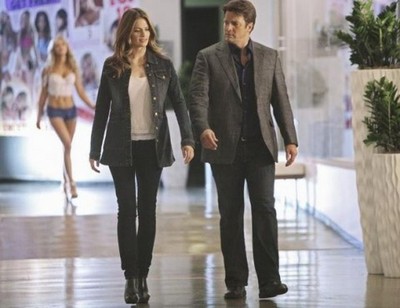 Castle Season 4 returns tonight for the third episode called ‘Head Case.’    If you missed last week’s show you can

Stay tuned as we recap the show LIVE!

The show opens with a murder scene and blood splatter, but no victim. Rick is talking to his mother and looks at his daughter’s letter from Stanford. She didn’t get in, even though she picked out her classes and bought t-shirts.

Rick and Kate arrive on the scene of a crime, but there’s no body. There was an unmarked white van that could’ve moved the body. Esposito said the cause of death was gunshots.

They’re running tire tread analysis, and the victim was a man who bled out, but was moved from the scene. They’ve located the white van and it has blood stains on it. They found a warehouse that has frozen people in chambers.

Stay tuned for more Castle! To read the continuation of the recap