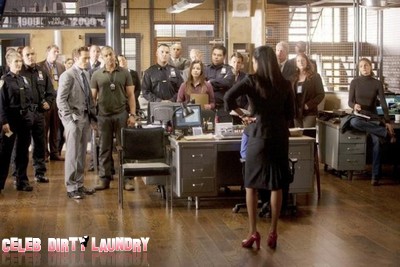 The ninth episode of Castle is called ‘Kill Shot and I am excited to see it.  The show gets better each week.  Bad news fellow Castle fans the next episode won’t be until November 21st, 2011.  That’s right an agonizing two weeks to wait.  On last night’s show it was Viva Atlantic City and we started with an Elvis impersonator and with the investigation of a murder of an Atlantic City casino owner.  Beckett and Captain Gates work the NY leads together and Castle chooses to join the detectives for a road trip to Las Vegas.  If you missed last night’s episode you can read the official recap here!

Episode synopsis: CASTLE – “Kill Shot” — A sniper on a killing spree is terrorizing New York City. With the clock ticking down to the next murder and nothing to go on except a killer with no apparent motive but to instill terror, this could prove the team’s toughest case yet. The hunt is made even more complicated when Beckett begins to experience increasingly strong moments of PTSD – moments she tries hard to hide from Castle and the detectives.