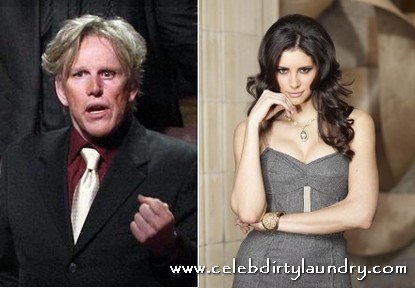 This week our Celebrity Apprentice recap is brought to use by Rosie from Fit Fab Celeb.  Take it away Rosie….??  In tonight’s seventh episode of Celebrity Apprentice, titled “Raising The Steaks”, the celebs must present a 20-minute live cooking demonstration for Omaha Steaks. One project manager unloads most of the task on one team member which leaves them with no time to rehearse and the other team has to work with a PM who doesn’t cook or eat meat; which is ASAP and which is BackBone? Stay tuned for our awesome RECAP including details of a Boardroom Battle Royale where accusations will fly in a brutal showdown.

The show starts with the end of the boardroom scene from last week, Gary Busey returns from the boardroom and walks back in with the rest of the celebs; the men are visibly very upset that he has returned.  John Rich has a heart to heart with Gary and discovers that the lunatic antics are all an act.

Latoya meets with her charity that her brother Michael was involved in, Aids Project LA and gives them two checks, each for $20,000.00 and a third for $25,000.00 which she won for designing the best hat in last week’s challenge.

The celebs and Donal Trump are standing in front of Trump Tower grill and he tells them that if you can’t go to the grill, you can go to Omaha steaks and get take-out. The Omaha execs tell the celebs that they have to write, producer and star in a 20-minute live cooking demonstration as well as create and name a Omaha steaks variety pack. The Project Manager for ASAP is Hope Dworaczyk and Gary Busey for BackBone.

BackBone: Gary is getting off on the wrong foot, he is asking questions to the Omaha execs that are not relevant to the task. Meatloaf has been assigned as the chef, Gary didn’t even ask anyone else and his idea for the task is a Father’s Day theme where the son gives the dad a kite with the Omaha Steak name on it. John keeps his eye on Gary, he really believes that he is a Saboteur. Gary goes out for a smoke which gives the men a chance to discuss how unhappy they are with the task so far. The men are having a hard time when Gary wants Omaha to add seasoning to the steaks, something they do not do for their customers.  Meatloaf comes up with the name ‘The Ultimate Celebration’ for the Variety Pack. Ivanka Trump arrives and Meatloaf tells her that he doesn’t know why he was picked to be the cook because he is not good at it, Lil John begs her to take him with her and Gary tells her that Meatloaf doesn’t look at him when he talks although he’s not worried cause he is kicking ass to get the task done. The men are all over the place, it is 20 minutes left to go and they are not prepared. Off camera, Gary calls John ‘boy’, which has really unsettled him. The menu is wrong and Gary tries to blame John. John confronts Gary on calling him boy and Gary apologizes but John won’t accept his apology. The men present, Meatloaf takes the room and discusses how he cooked the steak. Gary is up next, he makes the crowd laugh – passes it back to Meatloaf again. Now Gary is presenting his idea of the father and son spending time together and then the son give the father a kite with the Omaha Steak name on it, nobody seems impressed. Meatloaf is doing a fantastic job, Gary is nothing but nauseating. Gary has an idea to pull numbers from the audience and choose three people to eat the meals Meatloaf prepared and one is the Omaha Steaks exec who really enjoys the meal.

ASAP: Star Jones is taking control again, she assigns tasks to all the team mates. Hope tries to take control, she focuses on the Variety Pack and Marlee Matlin comes up with a theme of Poker Night. NeNe Leakes doesn’t disappoint with keeping up her trailer trash image, she suggests they put condoms in the Variety Packs! The women arrive in the kitchen and NeNe suggests they add a burger to the menu and gives the task to Latoya who then gets a lesson in cooking whiled NeNe looks on sarcastically cause this bitch has it out for Latoya! Hope sends NeNe and Marlee out to run errands while Star stays in to work on the graphics. Donald Jr. visits and Star tells him that she came up with the concept ‘Omaha Steaks, Time to Discover What Delicious Really Is’. Latoya poured oil on the burgers which caused a flame to go up and NeNe, being near her, said “OMG, she’s pulling a Michael Jackson on me”. Can someone please get rid of that heartless bitch? How dare she refer to Latoya’s brother who has passed away. The women present, Latoya does a great job but Hope doesn’t find she is loud enough. Star shows off a healthy plate, well done. Nene and Marlee bomb, they keep saying Omaha instead of Omaha Steaks. Marlee presents the Variety Pack for a poker party.

Donald Trump meets with the Omaha Steak execs and they tell them they loved Meatloaf on the men’s team, but were puzzled that John and Lil Jon didn’t do that much. On the women’s team, the execs didn’t like that the food was pre-prepared and they were not happy that NeNe kept saying Omaha, instead of Omaha Steaks.

he says yes. He then asks Meatloaf and he says that he was frustrated with the entire project. John calls it a ‘catastrophic collapse of time management’ and Meatloaf agrees and goes on to say that the menu was wrong, Ivanka elaborates on that by telling everyone that there were spelling mistakes as well on the menu. Gary goes on to tell Trump about his long winded idea on the father/child theme. Lil Jon said that Gary is not always on earth with them, he was orbiting somewhere in outer space!

Trump asks Hope how her team did and she tells them they did great. He then asks if anyone took over the task and she said no, they all respected her. Marlee tells Trump that Hope was spectacular. Trump asks Latoya if she made friends on the team and she says that Star & Hope would speak to her after the show.

Donald Jr. said Omaha Steaks liked that ASAP had the printed aprons, but they would have liked live cooking and their name Omaha Steaks to be used more.

Ivanka said that Omaha Steaks loved Meatloaf and felt that he could be a spokesman for their brand.  They didn’t like Gary nor the fact that people were called up to sample the meals.

Trump announces that the women won and he’s surprised the NeNe didn’t eat Hope alive, when NeNe responds by saying she is the nicest one in the group – ok, that statement makes me throw up in my mouth! Yuck.

is very upset that he did not get the time to prepare during this task. Lil Jon makes it clear that it is Gary’s fault that they lost the task. John tells Trump about Gary calling him boy and Gary denies it. Trump asks Gary who he should bring back in the boardroom for him and Gary says they all did a great job even though they were frustrated. Ivanka told Gary that there was a lot of unease in the group when she visited them. Trump fires Gary, hasta la vista baby!