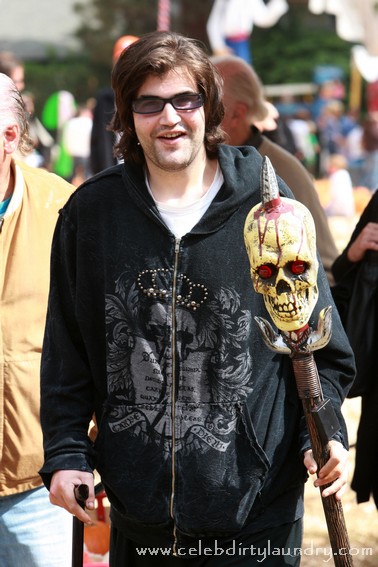 Addicted U.S. oil heir Jason Davis has lambasted his relatives in a bitter vitriolic statement following his recent drugs bust, suggesting a member of his own family planted narcotics in his home.

The grandson of billionaire businessman Marvin Davis was arrested in Newport Beach, California on Thursday night. He is now facing a charge of possession of a controlled substance and has been released on $20,000 bail.

Davis fired off a statement after his release in which he accuses his family of calling cops and releasing details of his arrest to the press in a bid to boost their own public image.

Davis says, “I am shocked that my family would once again alert the police, and media, about a personal family matter simply to promote their own public image. You don’t see Charlie Sheen’s family calling the cops on him.”

And he believes the drugs found by cops may have been part of a cruel set up, adding, “Authorities are investigating whether a certain family member planted the drugs in my home.”   Davis’ arrest came a day after he appeared on a live reunion episode of Celebrity Rehab, on which he starred last year (2010) in a bid to get professional help for his addictions. On the show, which aired in the U.S. on Wednesday, he insisted he had been clean since completing treatment.

Is Davis telling the truth, tests should be able to tell whether he was using drugs again or not.  None are scheduled however which makes one wonder.  As far as somebody planting drugs in his house, a family member yet, that does sound far-fetched.