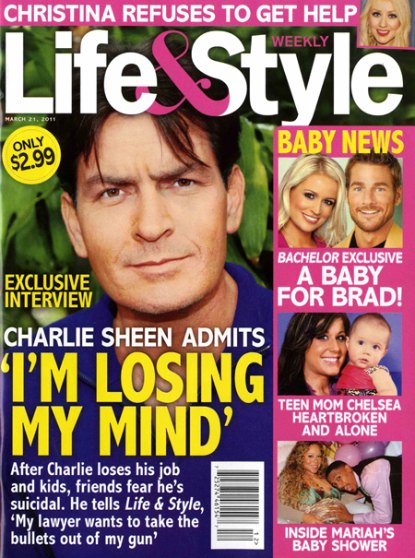 It’s been said that Charlie might actually be putting on an act, but one thing is for sure, he’s good at portraying the nutjob!

According to the tabloid, his friends are worried that he’s suicidal. Even worse, he said, “My lawyer wants to take the bullets out of my gun.”

After seeing all of Charlie’s UStream videos, I can say that he’s had his ups and downs, for sure. Last night showed that he can clean it up and still bring the crazy. But we were watching to see if he’s going to finally crash and burn or if it’s all just one big act.